TRANSFORMATION OF THE MONTH FEATURING MY CLIENT LOUIS DIDIER 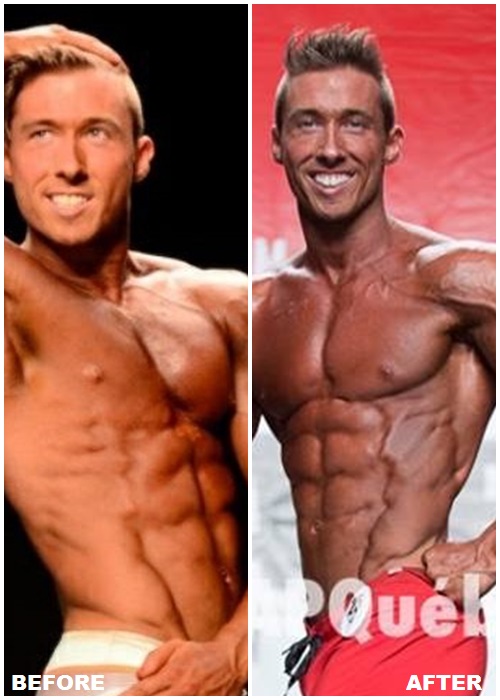 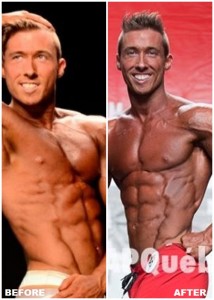 Louis came to me from another coach after the 2014 provincials wanting to work with me for 2015 provincials.

I suggested for him to do at least a 20 week prep with me to give me time to understand his body and what he responds to both nutritionally and training wise.

He agreed to my suggestion and we went to work 5 months prior to this show.

For the first 8-12 weeks we tried a balanced diet of proteins, fats and carbs while gradually putting him in a bigger caloric deficit as the weeks passed, however he simply wasn’t dropping body fat.

At 8-10 weeks out I felt he was simply too carb sensitive and switched him to a high protein, high fat diet with no carbs (aka Keto diet).

Right away he started shredding and fortunately, I figured out his body just in time as he hit his peak condition right at show time!

It was great working with Louis, we had great communication throughout his prep which allowed me to feed off of how he was feeling and progressing and was able to make the proper adjustments to get him to look his very best which earned a 3rd place in an highly competitive class.

We will soon embark on a 1 year prep for the 2016 CBBF nationals and look to bring him with the same amazing condition he had this year with an additional 10-15 lbs of muscle in the areas where he needs to improve!

“THE man who made all of this possible, THE man behind my physique and crazy conditionning : Chris Gurunlian I’d like to take a moment, to thank my coach, my mentor and good friend! This man is dedicated 150% to his athletes and he wants everyone of us to be on top! Chris’s doing it with passion and he’s definetly a model to follow, on and off the stage. Really happy to be part of the team and represent‪#‎teamLudaChris‬ . Big project for this year as we’ll prep for Canadian Championship 2016!