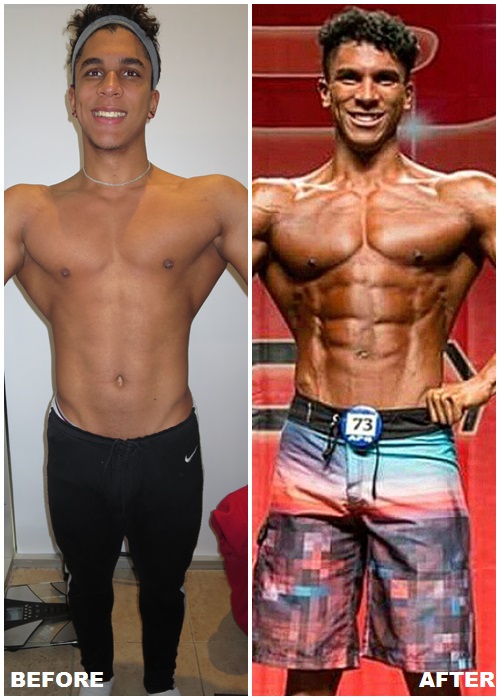 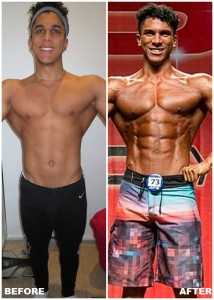 I had seen Desrick compete 2 years in a row as a natural bodybuilder and I knew he had something special in him.

Last year, he decided to team up with me for me to prep him for the Quebec Open after I convinced that Men’s Physique was the ideal category for him.

He followed the instructions I gave him to the tee throughout the prep and we peaked him perfectly. He earned his first every win as a competitor and won the overall which was the icing on the cake. It was such a great moment for me to see him jump for joy after winning a very tough class as I had begun my career in a similar way of falling short a few times before winning my first show.

Although things didn’t go great during his prep for the provincials last year due to personal issues, I know Desrick is determined to redeem himself this year and bring an even better package (and we will) to the 2016 APQ Provincials.

I’m so proud of Desrick and how he is growing not just as an athlete, but even more so as a person. Looking forward to working with him in the new year!!

The day I met Chris I was backstage at the physique naturals, I was disappointed over my placing and Chris came up and gave me a few words of encouragement, that interaction was all I needed to know that he was the coach for me.

When it came time to prep for Qc Open I signed with him right away and since then it was the birth of a friendship, when we started prepping I saw changes daily all the way up until show day, he was always professional, full of knowledge and humble. He really took me under his wing and made me feel like more than just another client.

Since then he has become more than just a coach to me, he’s almost like a big brother to me now because of the way he’s always looked after me and always kept my spirits up even when there were times that I wanted to just throw in the towel. To anyone looking for a coach I hold nobody in higher regards then Chris and if you are looking to do great things with your body then he’s the man to see