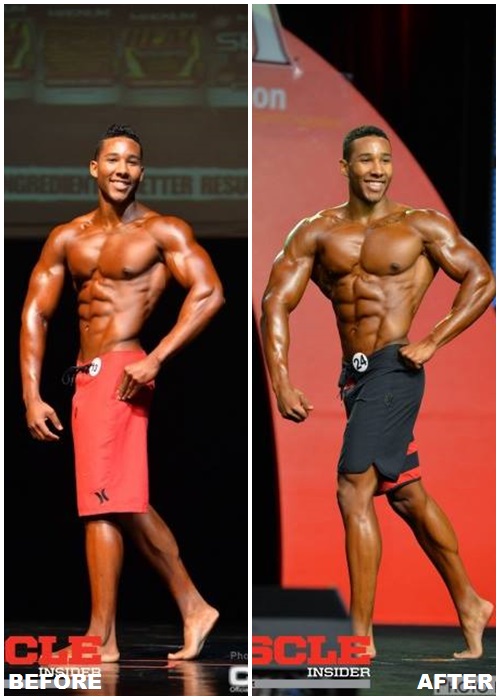 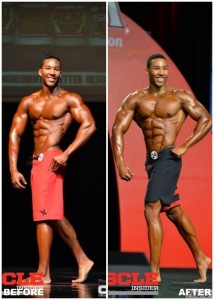 Eren and I met at the 2013 CBBF National Championships where I won the Overall title and turned pro and he placed 6th in his height class.

We chatted after the show and I told him that he had that special “It Factor” and that he has all the potential in the world to get to the top.

We met again at the Toronto Pro in 2014, chatted some more and that is when Eren decided to work with me.

It is now almost 2 years we have been working together and during that time frame Eren has won a National title, an Overall World Championship, his IFBB Pro Card, the Vancouver Pro title and participated at 2015 Men’s Physique Olympia.

His physique has evolved and improved with every show and all of that aforementioned titles he has won have been accomplished as a natural athlete.

Very proud of him and his transformation. Looking forward to a great 2016 season, which will be quite difficult to top 2015.

When choosing a Coach it was important for me to align with an individual that is equally as successful in the sport, displays an unrestrained range of knowledge in which I can learn from, but most importantly… An individual that continually represents themselves professionally on and off the stage!

“Coach” is by far the most humble and professional athlete I have ever met, therefore it was not a difficult choice! It is easy to be biased and say my Coach is the industries best! However, his track record as an athlete and Coach speaks for itself.

I knew that not only he would be the most credentialed Coach that would guide me to obtaining my goals… But also that he possessed traits that I wished to be able to replicate in my personal life to better myself as a person.

Chris has been more than just what the title carries. He has occupied the position as a mentor and a great friend as well. Most importantly, he has helped me grasp how a true Leader conducts and displays themselves!